Insights from our experts to improve patient outcomes and eliminate cancer. 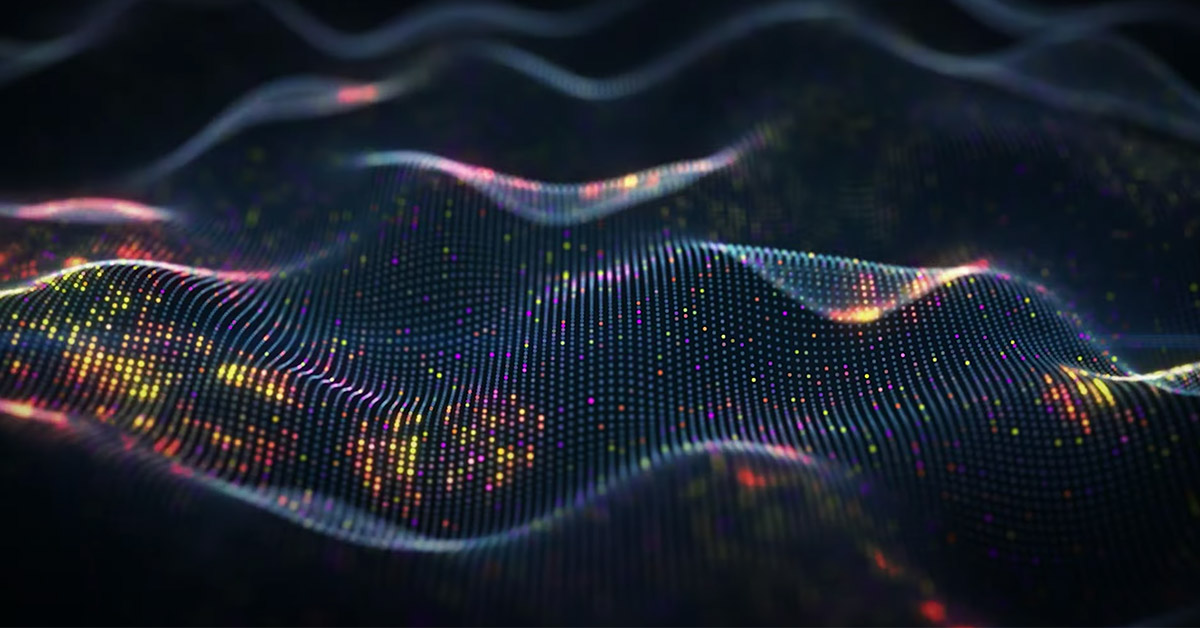 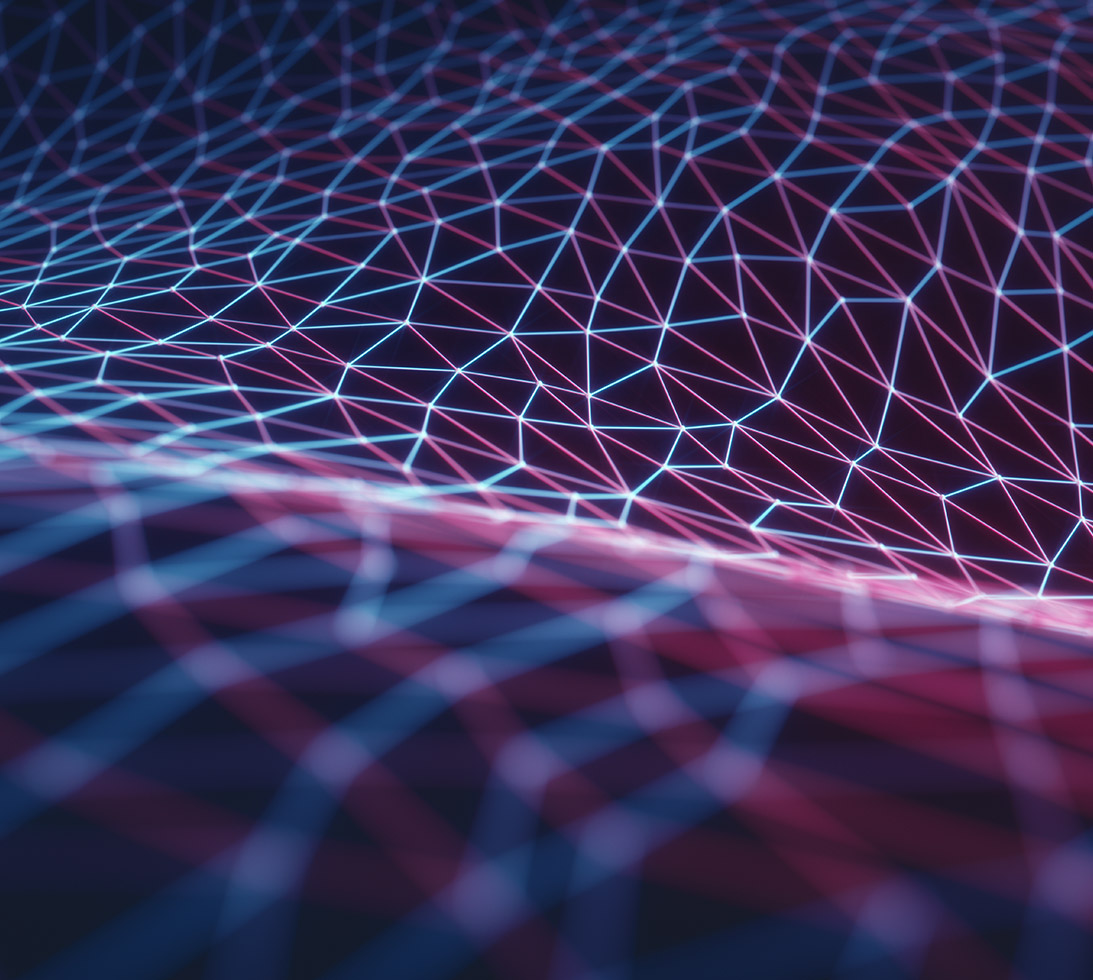 AI and oncology drug discovery: is your technology up to par?

The use of AI in drug development is relatively new, but the In the wake of the COVID-19 pandemic, vaccines and, perhaps more importantly, It’s never been a chip shot developing cancer treatments. In fact, only A Crystal Clear Perspective on Drug Discovery: How Larry DeLucas is Improving Medications in the Fight Against Cancer

Dr. Larry DeLucas leads with what he’s most excited about — protein David S. Smith, JD, is a life sciences and intellectual property attorney, veteran biotech industry executive and leading authority on the legal issues surrounding the therapeutic use of human tissue and cells. He has extensive transactional experience, venture financings and regulatory matters for life sciences companies and investors.

Mr. Smith frequently speaks on matters related to the commercial development of tissue, cell and stem cell technologies, and has authored extensively on topics like human tissue therapies and tissue engineering research. He currently serves on the Board of Directors with Foundation for Cell and Gene Medicine; is a current fellow and past member of the executive committee of Tissue Engineering and Regenerative Medicine International Society; was a member of the Board of Directors of the Pennsylvania Biotechnology Association; and was a past officer of the Pittsburgh Tissue Engineering Initiative.

“ Having worked in the healthcare industry for over 30 years, helping the companies who deliver patient care utilize the best technology, improve their processes and receive all the revenue they can within all compliance standards;
I was excited to join Predictive Oncology’s Board of Directors in helping to guide this exciting company with all of their cutting edge capabilities for improving
the health care of patients
with cancer.”

As the founder of zPREDICTA, Dr. Kirshner leads the team in developing tumor-specific in vitro models for oncology drug discovery and research. The company is focused on accelerating the drug development process through its expertise in carcinogenesis, metastasis, and the tumor microenvironment. zPREDICTA’s complex in vitro models recapitulate the physiological environment of human cancer tissue and thus provide a more clinically relevant testing platform than commonly used alternatives.

Prior to starting zPREDICTA, Dr. Kirshner was an Assistant Professor of Biological Sciences at Purdue University.

“ Combining zPREDICTA’s technology with Helomics, TumorGenesis, and Soluble Biotech will allow us to make true progress towards our joint mission of eliminating cancer.”

Prior to joining POAI Pamela worked at Eli Lilly & Company in various roles including Corporate Business Development, Finance and Patient Services. In addition to her Lilly work experience, Pamela has worked in economic development, academia, and business consulting supporting the creation and growth of 80+ life sciences start-ups.

“ POAI has developed solutions to help biopharma partners increase the probability of success of their oncology pipeline.”

Dr. DeLucas is the Vice president of Operations for Predictive Oncology and President and co-founder of Soluble Biotech, Inc. DeLucas is currently working to complete development of GMP facilities at Soluble Biotech and at TumorGenesis. In addition, he oversees Soluble Biotech’s solubility and stability contracts for numerous pharmaceutical/biotech companies.

From 1981-2016 Dr. DeLucas was a faculty member at the University of Alabama at Birmingham (UAB) where he served as a Professor in the School of Optometry, Senior Scientist and Director of the Comprehensive Cancer Center X-ray Shared Facility, and Director of the Center for Structural Biology. Dr. DeLucas received five degrees from UAB culminating in a Doctor of Optometry degree and a Ph.D. degree in Biochemistry. He also received honorary Doctor of Science degrees from The Ohio State University, Ferris State University, the State University of New York (SUNY), and the Illinois College of Optometry. He has published 164 peer-reviewed research articles in various scientific journals, co-authored and edited several books on protein crystal growth and membrane proteins and is a co-inventor on 43 patents involving protein crystal growth, novel biotechnologies and structure-based drug design. DeLucas was a payload specialist NASA astronaut and member of the 7-person crew of Space Shuttle Columbia for Mission “STS-50”, called the United States Microgravity Laboratory-1 (USML-1) Spacelab mission. Columbia launched on June 25, 1992, returning on July 9.  In 1994 and 1995, Dr. DeLucas served as the Chief Scientist for the International Space Station at NASA Headquarters in Washington, D.C. In 1999, Dr. DeLucas was recognized as one of the scientists who could shape the 21st century in an article published by “The Sunday Times” of London titled “The Brains Behind the 21st Century.”  In 2004, he was recognized as a Top Ten Finalist for the Entrepreneur of the Year award from the Birmingham Business Journal.

“ Soluble Biotech is continually demonstrating to pharmaceutical and biotech companies the significant value of its novel HSC technology for optimizing protein therapeutic formulations to treat a variety of chronic and infectious diseases. ”

Dr. Arlette Uihlein is Senior Vice President of Regulatory Affairs and Quality for Predictive Oncology and Site Leader of Helomics, serving as the Vice President of Operations, Pathology Services and Medical Director of Helomics® Clinical and Research Labs since 2011. Dr. Uihlein is Board Certified in Anatomic and Clinical Pathology, Cytopathology and Family Medicine. Dr. Uihlein completed her Pathology Residency at Allegheny General Hospital, where she served as Chief Resident in Pathology and completed Fellowships in Cytopathology and Surgical Pathology. During that time, she conducted extensive clinical research involving molecular pathology diagnostic and predictive markers, imaging of solid tumors, and novel applications of cellular tumor markers. While serving as Medical Director at Helomics, a CLIA and New York State certified lab, Dr. Uihlein has published research in molecular assay development, lab automation, and tissue and cell processing. She is a Designated Civil Surgeon for the U.S. Dept. of Justice and a certified Medical Review Officer for the Department of Transportation. She is a Fellow of the College of American Pathologists and the American Society of Clinical Pathology, NYSDOH Certificate Qualified, and a member of ASCO.

My role at Predictive Oncology is to bring the business sense to managing Research and Development programs at all our companies. To seek new ways and opportunities to commercialize exciting new technologies that we have built, licensed, acquired, or are developing through our own research and development. The success of any company is to get the research off the bench and to the customers. That is what I do at POAI and help the other companies as well.

Prior to starting his first company in 1984 and registering with the FDA a pilot plant facility to make pharmaceutical actives, Mr. Gabriel managed a $50 million product line for W.R. Grace, developed new marketing and sales strategies for Ventron a Division of Morton Thiokol, research work at Ashland Chemical for pressure sensitive adhesives and plant scale-up. Since then, he ran a genetics company, built three GMP/Research facilities, and helped 5 drugs reach their markets in AIDS and cancer. Real expertise in cGMP process scale-up and compliance. Completely understand the needs of an API manufacturing facility and build processes that are scalable, environmentally acceptable, and safe. 3 FDA inspections with no 483’s, ISO certification, DEA registration, DoD compliance, NCI contractor and inventor. Has also broad-based experience in start-up companies and how to make them operational and profitable. 7 years of Team set-up, R&D management, and implementation for 165-person (85 PhD’s and Engineers) company (Pharm-Eco) and lecturer on cGMP and Teams within the Pharmaceutical Industry.

“ Patients are always first, is our driving force. Oncology is a tough space, and we are determined to bring the best validated science to help cancer patients and as our CEO says, ‘Eliminate Cancer.’ That takes teamwork and a lot of smart hard-working people, our team members at POAI are up to the challenge. ”

Mark is currently Chief Technical Officer at Predictive Oncology. Using the power of AI, Mark is responsible for leveraging Helomics’ vast repository of physical and digital tumor samples, to build multi-omic predictive models of tumor drug response and outcome. Such models can be applied to the discovery of new targeted therapies for cancer as well as used in clinical decision support to help oncologists individualize  treatment.

Dr. Mark Collins embarked on a career in the pharmaceutical industry following his postdoctoral work. Pursuing a passion for both biology and computing, Mark has held multiple executive roles in a variety of discovery, informatics and bioinformatics functions within global pharma, and founded three startup software companies in the artificial intelligence (AI) machine learning (ML) and drug discovery space. Mark relocated to the USA in 2001 to work for Cellomics (now part of Thermo Fisher Scientific), where he played a pivotal role in establishing the High-Content cell analysis market, building, and commercializing several key informatics and bioinformatics products.

Since leaving Thermo Fisher, Mark has focused on developing and commercializing informatics solutions for clinical and translational research, specifically in the specimen tracking, ‘omics data management and NGS analysis space, through key roles at BioFortis, Global Specimen Solutions and Genedata

“ I have been pursuing a vision since the late 1990s that AI will help deliver better patient therapies. I firmly believe at POAI we will deliver on that vision. ”

“ It’s a privilege to work with a highly talented team to pursue oncology advances, while protecting and increasing shareholder value. ”

CHIEF EXECUTIVE OFFICER
& CHAIRMAN OF THE BOARD

Raymond F. Vennare became Predictive Oncology’s CEO and Chairman of the Board on November 1, 2022. He has served on the Board of Directors since September of 2021.

Mr. Vennare brings more than thirty years of experience as an accomplished senior executive, board director and biotechnology entrepreneur. As a seasoned professional who has founded, built and managed multiple companies on behalf of institutional investors, private foundations and research institutions, Mr. Vennare has a long history of leading companies that range from bioinformatics, diagnostics and therapeutic drug delivery to FDA-cleared medical devices. Throughout his career, Mr. Vennare has played a key role in the capitalization, development and commercialization of innovative and novel technologies.

“ What we do for our customers today will directly impact the lives of those patients who may benefit by these discoveries in the future.”